Our Director of Coaching

All AEFA programs will be run under the direction of our Head Coach Mr Ian Worthington. Ian has significant experience as a youth coach at numerous clubs including Manchester City, Bolton Wanderers and Burnley FC.  Ian attained his UEFA ‘A’ Licence in 2019 and he also holds a Bachelor of Science Honours Degree in Sports Science.

We believe all football players will benefit from sessions presented by Ian and our other fully accredited and experienced coaches and we will provide both ‘on demand’ and regular academy training sessions to interested players in the ACT and surrounding region as follows: 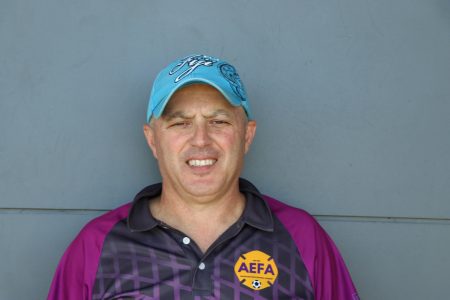 Andrew is our assistant Coach who brings an impressive football career spanning over 17 years.

He started playing as a 16 year old for Monaro Panthers played NSW State League and won the NSW Championship in 1984.

Andrew played in the National League which is equivalent to the ‘A’ league of today in 1985 and coached the Monaro Panthers FC Seniors to the Premiership in 1999.

Andrew has coached the NPL u13s boys to be undefeated and won the league in 2018.

Andrew has also worked with the Monaro Panthers U11s coach who recognizes the need to provide a structured curriculum to enhance the development of MPFC boys and girls in preparation for NPL U13.

Andrew joined our academy because he could see what our vision is. He knew Ian was joining us and the experience which Ian would bring, he knew that we have a valuable asset in our community and he wanted to be part of it.

“I enjoy the next level of Coaching, being involved in all our programs and can see what the P.A.S.S program will offer each player”.

Whilst Andrew has a firm belief that the passion for the game begins at a young age, he also believes for players to develop with the correct techniques and knowledge of the game & training starts with the basic skills.

Where he identifies players with talent he also encourages each player to take on extra training to enhance their development which will assist their progression throughout their football years.

“I would also like to mention a key point of joining AEFA was so he could work with the best left footer in Canberra … Shania Settin”.

Our Little Lions Coach – South Side 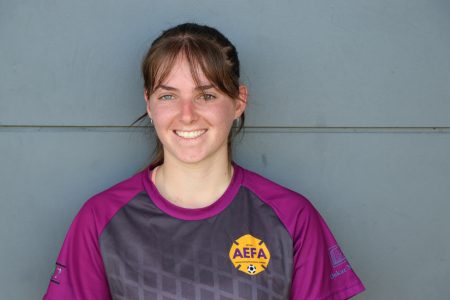 Sofia started playing soccer when she was 6 years old for Monaro Panthers FC.

Sofia’s achievements to date have been – selected in the u12 Capital Football girls development squad.

Winner of Kanga Cup in 2014 with Capital Football & in 2015 Western Molongolo.

Sofia was selected to represent NSW in u19s women’s team in the Ultimate Fiji Cup in 2019 and were runners up in the final.

Sofia joined the AEFA family in 2019. AEFA has ignited her passion & love for the sport of football. It has not only provided me with wonderful opportunities such as representing NSW in the Fiji Cup but also an environment to promote football at a professional level. AEFA has allowed me to strengthen my passion for football through coaching of our football players for the future.

“I have had the privilege of being mentored by Ian Worthington. Ian’s mentoring has not only improved me as a player but as a coach as well. Ian has taught me many tools that I can use both on and off the field.

AEFA has provided me with an environment to inspire young girls to play football. I want to share my love for football with girls by helping them to develop skills & to strengthen their resilience both on the field & in life. To achieve you best by working  hard and never giving up.

AEFA is a fun academy. Their holiday camps are enjoyable & a great place to make new friends.

AEFA has already helped to develop their skills of many players through a challenging and structured coaching program.

I’m humbled and grateful to be a part of the AEFA family”. 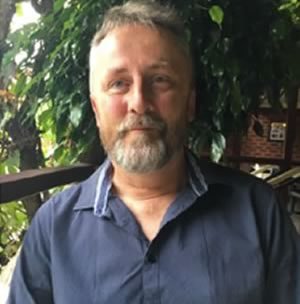 Phil is an experienced intelligence professional with over 35 years working in law enforcement, most recently in ACT Policing. In 2015 he was involved in the planning, implementation and coordination of the Australia-wide police response to match fixing and related criminal activity for the AFC Asian Cup and ICC Cricket World Cup. Phil believes that integrity in sport is paramount.

Phil is also an FFA accredited coach with many years of experience working with young footballers in the ACT. He is passionate about youth development and the positive contribution that football makes to our community today, especially for young people.